The ferry route between Seattle and Bainbridge Island is the busiest in the system for walk-on passengers. This project replaces the existing overhead wooden walkway with a wider, safer concrete and steel facility built to current seismic code.

Construction begins in July 2022 and continues until early 2024. For the majority of the project, we will do this work while continuing to operate service on the Seattle/Bainbridge Island route.

During the off-peak season, the overhead walkway will be closed over three individual weekends, and walk-on customers will load via the car deck.

The trestle will be closed for a period of six days to install the new overhead walkway spans. During the closure, the Seattle/Bainbridge Island route will have limited one boat walk-on only passenger service. We will also add an additional vessel to the Edmonds/Kingston route to accommodate rerouted vehicle travel. We will staff available to assist those with disabilities. 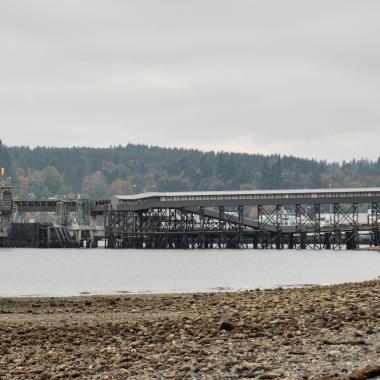 The existing, over 50-year-old overhead loading walkway at the Bainbridge Terminal.

The existing walkway at the Bainbridge Island ferry terminal is more than 50 years old. It's supported by wood piles that could collapse during a major earthquake. Replacing this walkway with one constructed to withstand a large seismic event makes it possible to continue loading vehicles on the car deck while pedestrians simultaneously load the ferry from the overhead passenger walkway. More than 3.2 million commuters, travelers and tourists used the Bainbridge ferry terminal overhead walkway annually before the pandemic. We're starting to see a return of walk-on ridership on this route.

We will replace the existing wooden-supported walkway with a new steel-fortified walkway anchored by concrete and steel columns. The new walkway is designed to withstand a major earthquake. This project also will refresh outdated mechanical and electrical components that power the existing overhead loading bridge. The final design aligns with WSF's 2040 Long Range Plan and incorporates input from the community about the types of windows, flooring and other design details.

At the start of the project in 2018, we asked for input from the public about the design of the overhead loading walkway. In response, we took the feedback we heard to our design team. Below is a summary of major design changes that were influenced by public outreach.

What we changed from the 2018 public outreach effort

Renderings of the new walkway 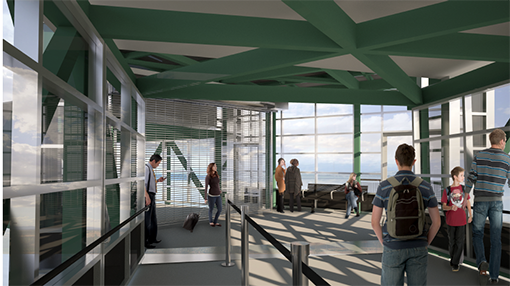 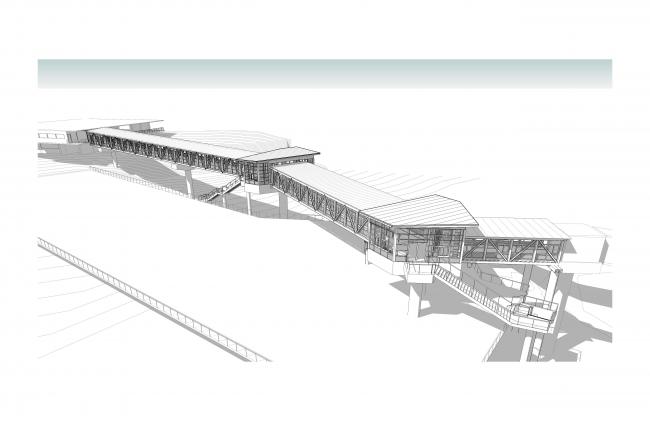 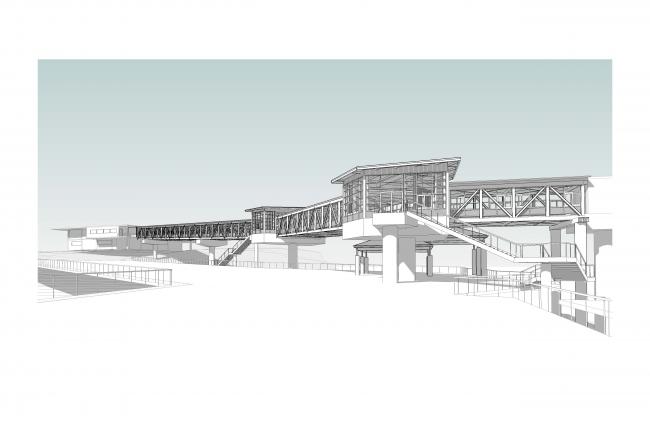