This project will remove the existing barrier where an Unnamed Tributary to Fourmile Creek crosses under State Route 544 at milepost 3.51, just west of Noon Road. This location is about two miles west of Everson and 3.5 miles south of Lynden in Whatcom County.

Contractor crews working on behalf of the Washington State Department of Transportation will begin construction on this project in the summer of 2022.

Drivers will experience single-lane closures throughout the project and should plan ahead for delays.

During construction of this fish passage, crews will use low-density cellular concrete due to the nature of the soils in this area being poor. There are restrictions to using this type of material such as crews can only build up 1 to 2 feet at a time. As a result, there will be a 19-day full roadway closure on SR 544 with a signed detour to SR 546. This full roadway closure is most likely to take place after the Northwest Washington Fair. Detour signs will be posted five days in advance of the closure. 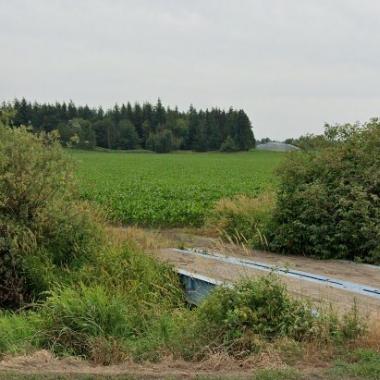 This project will remove a partial barrier at the Unnamed Tributary to Fourmile Creek that runs under SR 544 at milepost 3.51 in Whatcom County, where fish passage is inhibited due to a drop in the water surface. Crews working on behalf of the Washington State Department of Transportation will replace the existing 44-foot long, 24-inch diameter concrete pipe culverts with an 8-foot tall by 12-foot wide by 40-foot long four-sided precast concrete box culvert. Once complete, this project will open up approximately 0.65 miles of fish habitat to native species like salmon and trout.

Why we are removing fish passage barriers

State highways cross streams and rivers in thousands of places in Washington State, which can impede fish migration. WSDOT has worked for nearly three decades to improve fish passage and reconnect streams to help keep our waterways healthy. WSDOT Fish Barrier Correction is a priority.