This project will eliminate multiple barriers for fish under US 101 near Port Angeles and open 41 miles of potential habitat for spawning salmon and resident species. Once complete, the work will simulate what is found in a natural stream bed.

Crews have removed and replaced several outdated culverts at Bagley Creek and Siebert Creek between Port Angeles and Sequim for improved fish passage. Crews have removed five existing culverts; two that run underneath both directions of the US 101, two along James Page Road and one along South Bagley Creek Road.

Throughout construction, travelers have encountered shifted lanes, reduced speeds and intermittent lane closures to allow heavy equipment to enter/exit the highway. Most work has taken place beneath the highway in the waterways below.

All lanes at both Bagley and Siebert Creek have reopened. Crews are wrapping up final task items like site clean up, sign and guardrail installation through late Dec. 2021. Any additional lane closures will be announced in advance. 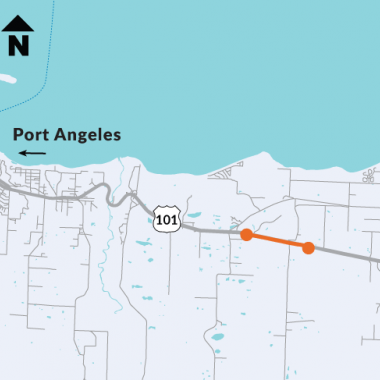 Correcting fish passage barriers is an important part of the state's efforts to protect and restore fish runs negatively affected by outdated culverts under state highways.

In 2013, a federal court injunction required the state to significantly increase the state’s efforts in removing state-owned culverts that block habitat for salmon, bull trout and steelhead.

Replacing the outdated culverts with new full-span bridges and fish passable structures will barriers and increase the likelihood of migration through the channel. Fish will be able to pass through both creeks easier as the water will be slower and the bridges will span of a more natural creek environment.

Field biologists last observed steelhead salmon in 2016 at the site, and it wasn't since 2013 that coho salmon were witnessed passing through the channels. In late fall 2021, biologists observed several adult chinook salmon who had returned to Siebert Creek, with numbers expected to grow.

This project was completed on time and on budget for $36 million. 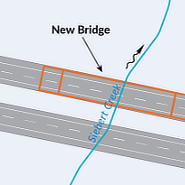 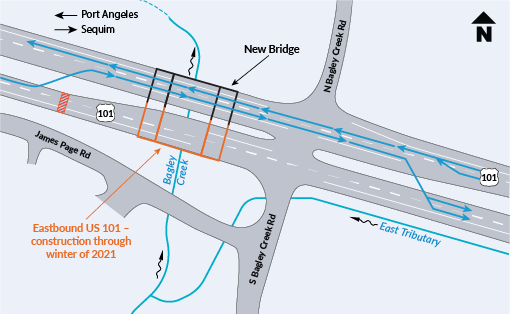 Learn how WSDOT is improving fish passage across Washington State.

Watch a video of fish returning to Siebert Creek with construction mostly complete.