WSDOT will keep all lanes open during the majority of the project with the exception of short-term traffic stops during key stages of the project. 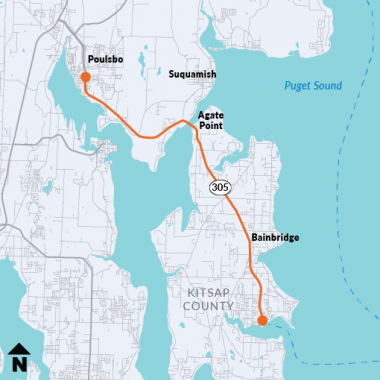 Map of SR 305 corridor between Poulsbo and Bainbridge Island.

The project process initially began with an effort by the West Sound Alliance, which produced a report on Strategic Corridor Investments. Following the report, the Washington State Legislature funded the SR 305/ Winslow Ferry to Hostmark St. – Safety Improvements project. The 2015 Connecting Washington transportation package included $36.8 million for investments in the corridor. Kitsap Transit working with community partners followed by a study that has established a vision and goals for this corridor.

• Users of the Agatewood Road – who have told WSDOT is very difficult to turn left onto SR 305 – would instead turn right onto the highway and then return via the roundabout at Northeast Adas Will Lane.

Why we use roundabouts

The centerpiece of the proposed improvements includes roundabouts along the corridor.

Due to a number of benefits, WSDOT currently has about 100 roundabouts on other state highways in Washington. These benefits include helping reduce the potential for crashes while keeping traffic moving. There are several reasons why roundabouts help reduce the likelihood and severity of collisions:

The proposed improvements represent an incremental approach to improve mobility. This approach maximizes the capacity of the current infrastructure.

A WSDOT study estimated a new 3-lane bridge could cost upwards of $122 million. While funding has not been identified, WSDOT will continue efforts to preserve this span through annual bridge cleaning and inspection. 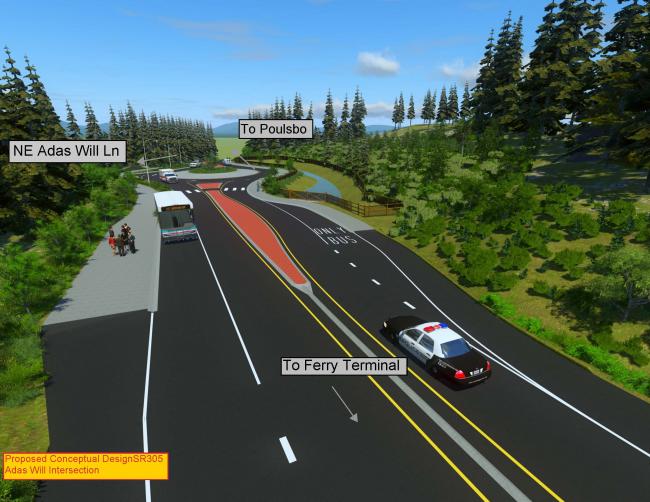 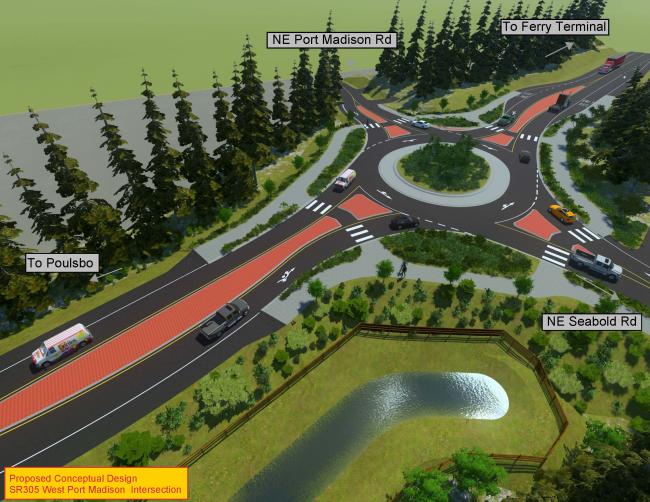